We were hired to provide motion control services on this commercial spot. Julian Hermannsen operated the Milo motion control rig together with Heiko Matting.

Shot in Ljubljana, this exciting concept presented a few challenges: a complicated camera move to be shot macro and on 35mm film (ARRI 435). The move was split in two segments. In the second part, the way the hospital to the house was set up to be shorter and the figures changed in front of the house so that at the end of the 'loop' the accident would not happen.

We opted for a snorkel/periscope lens that gave us the ability to be a few milimeters above ground while moving about in a set filled with tiny Playmobil figures - and we managed not to knock any of them over! 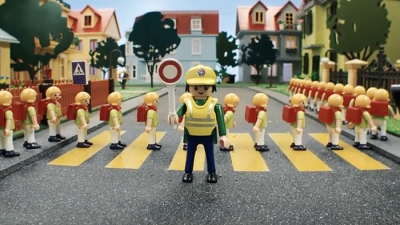 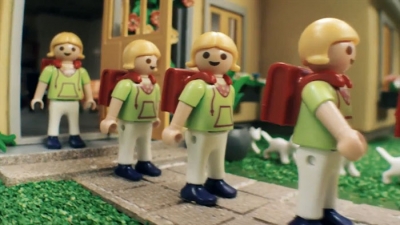 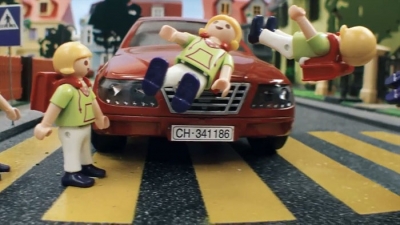 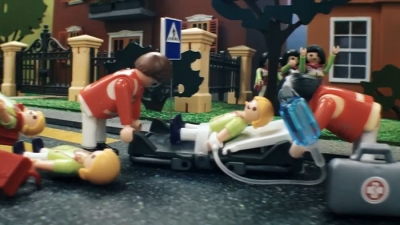 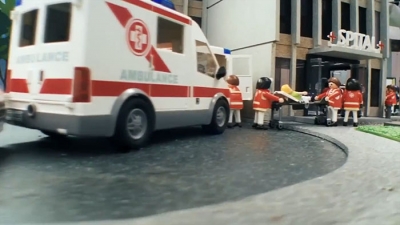 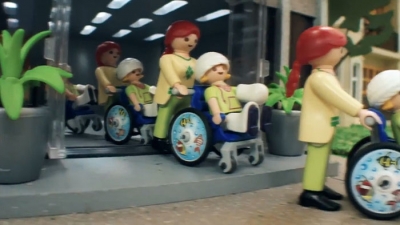 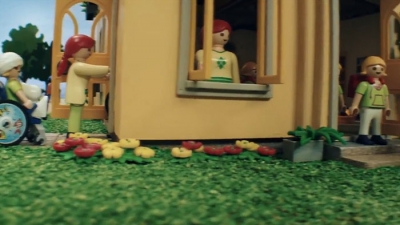 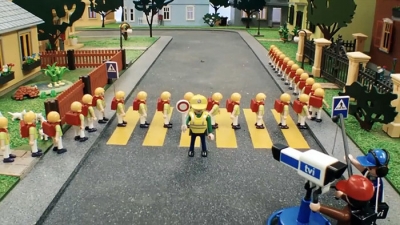 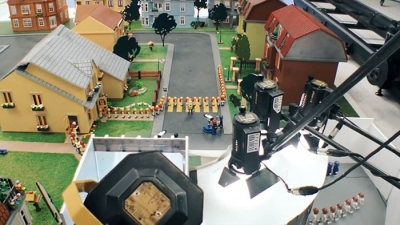 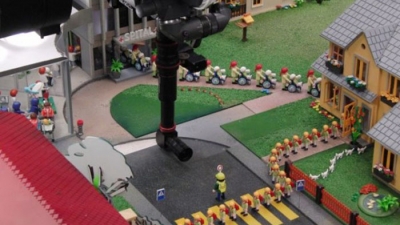